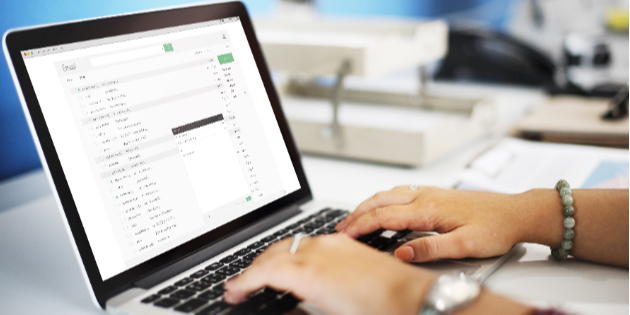 Rawpixel.com / Shutterstock
Justin Zackal
There's a clever line from an old Jimmy Buffett song that goes, "If the phone doesn't ring, it's me." After submitting your job application to a college or university, it can seem like every moment your phone is silent it's them not calling to schedule an interview.

So what should you do? Call human resources? Email the hiring manager? Send LinkedIn messages to everyone who works in the department? Well, you should have networked before the job was even posted to increase awareness of your candidacy, but that's only if you have a shortlist of institutions where you want to work. Otherwise, it could be too late after a job is posted because a lot of search committees are not willing or even permitted to engage applicants outside a formal process.

"As a search chair, I'd get all kinds of calls," said a hiring manager who chaired more than five searches at his university. "I'd have a standard, canned reply about how everything is done objectively by a screening instrument. I couldn't say where we were in the process and I told them that if they are asked for a phone interview, they would be notified by the committee. It's usually a concrete process."

As an applicant, you have to ask yourself, "Are the benefits of following up that much greater than the risk of annoying or alienating the search committee?"

Before answering, let's acknowledge a few things about follow-ups. They're acceptable, and often expected, from candidates who've been on campus for an interview, in the form of a thank-you note that reinforces or adds to what was discussed.

Phone calls and emails from applicants? Not so much.

But that doesn't mean you shouldn't follow up after applying, unless, of course, the job posting specifically says no phone calls or emails.

You could be eager to check on the status, which is understandable, especially if the application deadline has since passed. But be aware that in higher education the search process can take an entire academic year, or longer. There could be delays for how infrequently a search committee meets, especially with semester breaks and other calendar disruptions. Also, they could be stalling for budgetary reasons, internal referrals or to await applications from better candidates. And then there's the sheer number of applications that must be reviewed.

Next, you should ask yourself another question: Why do you want to follow up?

If you want someone to confirm that your resume or CV was received, and you haven't received an automated response, try sending a polite email requesting confirmation a few days before the application deadline or at least a week after your submitted your materials.

If you're considering another job offer, you're better off evaluating that opportunity without comparing it to this next potential offer because the first window will be closed by the time you interview for this second job.

That leaves the most valid reason: You want to show the employer that you're still really interested in the job.

There are benefits to contacting someone, like having your application materials called out among the hundreds that a search committee is evaluating, but contacting multiple members of the search committee could come across as desperate and off-putting. Also, contacting HR won't help you unless they're able to identify the hiring manager for you.

If you choose to follow up on an application, only contact the hiring manager by email after the submission deadline has passed, without pointing out that they are behind schedule. A phone call is too risky because, if the hiring manager answers, you might put the person on the spot.

Instead, send one email to the hiring manager and only a second follow-up email if there's no response after a week to 10 days. Be polite and concise. Also, try to include something that will benefit them and also position you as a well-informed candidate.

For example, "Dear [hiring manager's name], I'm following up to see if there's an update on the search status for the Assistant Director of Student Affairs position that I applied for on [date of submission]. I'm still very much interested in the position. You might be interested in the article that I linked below that is related to the student success presentation you led at the NASPA conference last spring. I look forward to talking about implementing similar programs at [school's name] and the exciting opportunity to join your team. Sincerely, [your name]."

However, by this stage, a follow-up email will not influence a hiring manager anywhere near your resume/CV and how well you networked in advance.

"Getting a call or an email from an applicant at that point is not going to make a difference," said the hiring manager I spoke to. "Networking ahead of time is far more effective than anything you are going to do once your application is submitted."

It doesn't hurt to follow up after sending an application -- that is, if you do it tactfully -- and it could help if you do it strategically. But remember, if you didn't do enough before applying, then the reason your phone doesn't ring: it's likely you.
Save Article