Micro-Mentoring: How a Small Moment Can Alter Your Career Path 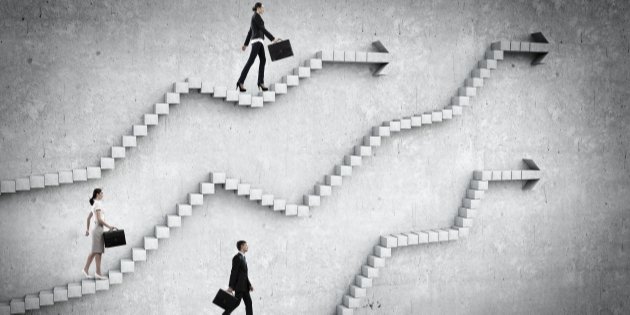 Charles R. Middleton, Ph.D.
I went to a math and science high school where I had my first encounter with physics, most of which I didn't understand. With one exception: I was fascinated by the concept of vectors. Vectors are represented by a line; they have magnitude and direction. These are represented by the length of the line (magnitude) with an arrow at one end (direction).

In those days, I was more interested in the study of history, or more precisely the study of famous people who made history. Today, of course, that simple formulation of what constitutes historical study is passe. But it suited my purposes well when I encountered the concept of the vector.

It occurred to me that there was a missing ingredient in this scientific representation of the vector. It was the grist of every historian's mill: time, or rather the passage of time and how that factor fundamentally changes everyone's personal life vectors.

All of this remained in the midst of time until a quarter of a century later when I found myself to be the new dean of arts and sciences wondering how in the world it had come to pass that I had been selected to fill that position. I certainly did not "predict" over the intervening years to have that opportunity, in that place, at any time. Upon reflection there were multiple points where had things gone differently, I would have been doing something very different and/or at a place far away from the shadow of the Flatirons.

In this moment of reflection, I remembered the vector. Why does a vector go in the direction of one degree and not in another of the remaining 359 degrees in the circle at the center of which it begins? And why does it sometimes change directions as its magnitude increases; why sometimes not? Why do some of us pursue a career that leads directly to our current positions while others, starting in the same place, wind up in very different circumstances?

A good way for all of us to think about, and appreciate our life trajectory, is to candidly look back upon the many vectors of our lives, personal and professional, where we went in a direction -- made a decision after much or little thought -- that was but one option before us. The other options drop away like an Atlas Booster and become as useful to our future.

Over the course of my career, first professionally and then personally, I have had the privilege and the pleasure to mentor many people. I mention this only to point out that in my lifetime the whole concept of mentoring came into its own. Initially, it was informal but like all good things, which I know it to be, success bred organization of the process. Now we have books, and programs, and manuals, and even contracts that assure a person has a suitable mentor in case they do not already have one.

Sitting in my decanal chair, it occurred to me, in thinking about my own vectors, that many of them at critical moments had been redirected ever so slightly. But such slight changes in the direction of a vector and of a life, when played out over a longer period, have the potential to radically change who we are, what we do, and where we do it.

I invite you to reflect on one of your vector-changing moments; we all have them. The action that changed your vector should not have seemed very consequential at the time. Think about who was involved other than yourself. What was their role in the circumstances?

The person who ever so slightly changed your vector was engaged in what I now call micro-mentoring. They had many choices at the time on how to deal with you on whatever the issue was, and they chose this one for reasons unknown to you, and it changed your life.

I'll end with an example to help you along the way in identifying your moments. In the Western Civilization Honors section in the second semester of my freshman year, we were to write a paper on any topic since 1500. We were to then teach it in half a class period to all of our peers in the course. The written paper would be graded and returned later.

I decided to write about the origins of World War I, thus biting off more than I could chew in the time allotted to do the research and writing. I got about halfway through the material and ran out of time, so I wrote up what I had, gave my report, and handed in the written version.

It was dreadful; the most incoherent, sloppy, incomplete work I ever produced as a student. And the oral version was worse. Expecting an F, praying for a C, imagine my surprise when the paper got an A-minus. But the professor's note was the key point: "next time pick a more limited topic and write an in-depth analysis of that. Clearly you have the skills to do that but here they didn't come into full play."

I have two lists, one of the historical figures I most admire; a second, of those people whom I regard as micro-mentors who changed one of my vectors in memorable ways, understood only in retrospect. This man's name is first on that second list. We never talked about the paper but he mentored me to understand the importance of setting tasks for myself that were challenging but doable and, later in my life, to cut some slack to someone who, like me, had bitten off more than they could chew.

In short, I learned restraint and kindness, two very important ingredients in our professional success. Personal, too!
Save Article