Veterans Are Not Struggling in Higher Education 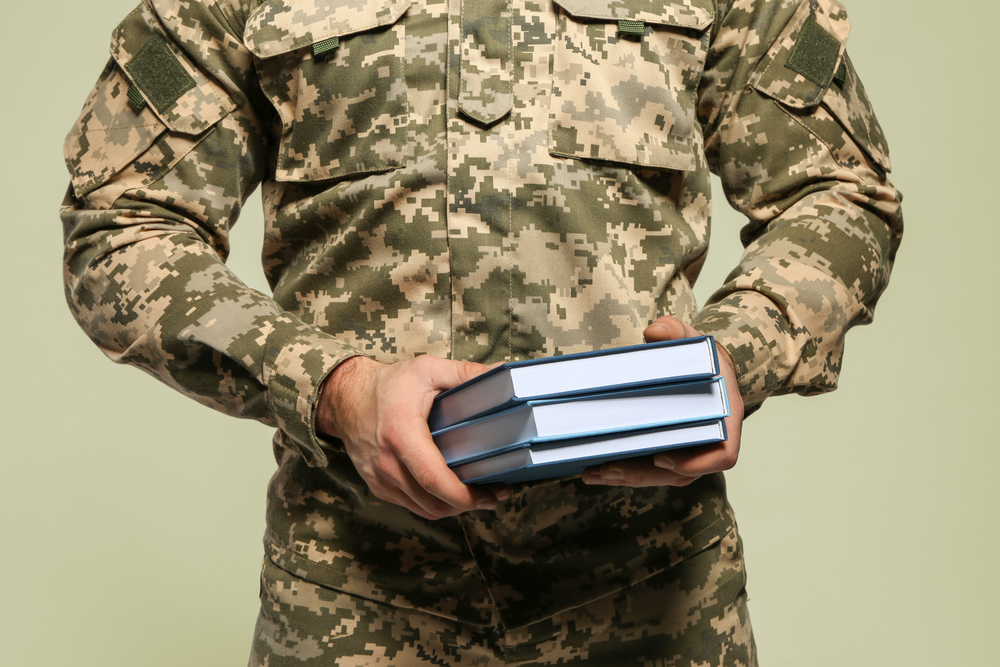 In 2010, I read my first academic journal article on student veterans and the clear presumption was that veterans are struggling in college. As a retiree who worked with the student veteran population of that time while on active duty, my gut told me this assertion was wrong. So, let's take a few quick steps forward in knowledge. First, with all available data on student veterans, which goes back to the WWI era, veterans have always done as well, or better, than nonveteran students in higher education. The only population that may not have done as well is a small slice of Vietnam-era combat veterans who attended college only after serving in the war. Then in 2017, the NVEST report by Student Veterans of America came out and clarified things with hard data - when you consider the frequent stop-outs military and veterans have on their way to earning a degree and extend the degree completion metric for veterans to 8 years, roughly 75 percent of veterans complete their degrees. With a national 6-year graduation rate that has recently increased to roughly 62 percent (there's no meaningful increase for civilians with an 8-year metric), this may well make veterans the most successful population in higher education. Gut instinct validated.

Biased scholarship based on anecdotal observations intended to create a frenzy of support for student veterans resulted in poor scholarship. That frenzy caused a cavalcade of bad advice, bad "best practices," and false narratives about veterans that the education field has had difficulty overcoming. One of those was a misplaced focus on the transition from the military to higher education. Not that transition programs for veterans aren't helpful, but the focus of those programs is a problem. We don't need to fix or remake veterans into mind-numbed college students, we need to bridge the gap between a military training environment and a true academic environment. Veterans are not in college because "they're supposed to go there next," which is why many failing traditional students go to college; Veterans are in college because they've made an intentional decision that college is the bridge to a good job (socioeconomic advancement). This is a stark difference from traditional student decisions and also informs the success of the veteran population: intentional decisions to go to college, rather than frivolous, make for successful college students at all levels.

Now, what to do about the 25 percent or so, of veterans who don't succeed in college? Here we have to make a few well-informed assumptions because there is no reliable data to explain the experiences of veterans who do not succeed. Here's the easiest explanation. There are two basic obstacles all students must overcome to succeed in college. The first is a basic ability to do the work and the second is the ability to pay for college. When you give a big bag of money (the GI Bill) to a veteran, you eliminate the main obstacle, which has been the whole point of GI Bill programs dating back to WWII. However, open enrollment institutions that have no entrance requirements, such as community colleges and some colleges and universities, create a dynamic for academically incapable veterans to access college because they can pay. While unfortunate, we shouldn't concern ourselves with these students - the reality is that some students try college, and then it doesn't work out because they can't do the work - no harm, no foul.

The second group is of primary concern, that is veterans who can pay and can do the work, but don't succeed in college. This is a failing of the institution in most cases. Let's not blame the veteran here, even though there may be situations that warrant that. The overwhelming majority of these students have been let down by the institution, which brings us full circle back to that poor scholarship that inspired me to become a counter-voice for the "veterans are failing" narrative. I think those scholars saw struggles and had solutions in mind but didn't articulate the message with much credibility or effectiveness. What's more is, in the wake of the Global War on Terror, most people and organizations in society wanted to "do right" by veterans, unlike the way veterans were treated after the Vietnam War. This translated into a desire to support veterans on campus, which is fine, but when the ill-informed use bad literature and bad "best practices" we end up not helping as much as we can. The cry went out for veterans lounges, free coffee, and staff with varied responses from, "super, done!" to "we have no space and no budget!" The reality is a lounge is fine, even if no data connect free coffee and lounges to student success, and it will be utilized by those students who are struggling with transitions and struggling with their new identities as students - these should be the focus of help efforts by a campus. But there is still a segment of student veterans out there who are not seeking help who need help, and while some of that help may be around the fringes of mental health and disabilities, most of it is simply academic support.

So, after this rambling diatribe, what's my message? Institutions should be helping veterans succeed academically - this should not be a surprise to anyone who has worked with nontraditional students. These students, by and large, are not on your campus to join the frisbee club, the student government, or to become perpetual students, they are there to earn a college degree with as much efficiency as possible to move on to the real destination: a job that will help them advance in life economically, which again, is the whole point of the GI Bill program. So, let's move a little bit away from thinking that coffee and lounges are actually helping much, and let's get our student veterans connected with the kind of help services they need, particularly academic help services, and stop trying to turn them into traditional students.

David Vacchi, PhD, a military retiree and combat veteran, is a faculty member in the School of Education at Liberty University and consults with universities, veterans, and corporate entities on veteran transitions, onboarding, recruiting, and retention. He recently published an edited volume entitled, Straight Talk for Veterans: A Guide to Success in College available now at booksellers worldwide.

Disclaimer: HigherEdMilitary encourages free discourse and expression of issues while striving for accurate presentation to our audience. A guest opinion serves as an avenue to address and explore important topics, for authors to impart their expertise to our higher education audience, and to challenge readers to consider points of view that could be outside of their comfort zone. The viewpoints, beliefs, or opinions expressed in the above piece are those of the author(s) and don't imply endorsement by HigherEdMilitary.