From the Military to Academia: Managing a Successful Job Search 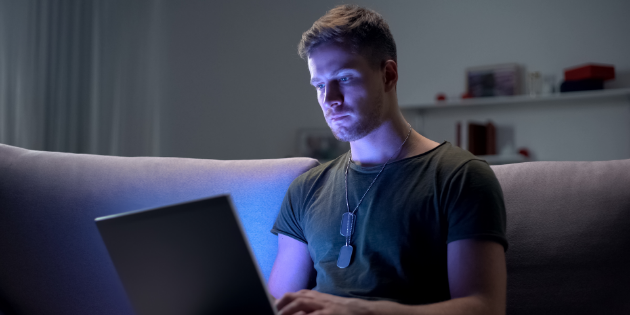 Current servicemembers and military veterans have faced some of the greatest hardships known to humanity. Whether combat operations in a convoy for Operation Iraqi Freedom or stateside hardships of basic training and military life, they have been prepared to stand tall facing the worst.

Perceived Barriers in the Culture of Higher Education
Higher education can be intimidating to the military-connected. Specifically, for those looking to work in higher education, there are many perceived cultural barriers to entry--which are not entirely unreasonable or incorrect. Some examples of such barriers are:

These may then lead to the perception that the military-connected will not fit in and would be the only military-connected person there, which can become a self-fulfilling prophecy if veterans choose not to work in higher education. Given the intense camaraderie associated with military service, that apprehension about isolation and not fitting in can be a significant barrier to veterans seeking employment in higher education.

Both settings emphasize culture within defined hierarchies. In fact, the profession of student affairs in higher education traces its roots to the Student Army Training Corps (SATC) that was created during World War I. While the military has service uniforms, academia has regalia and athletic uniforms. Both have mascots, heraldic colors and emblems, mottos, and creeds. For the military-connected job seeker, explain how your military experience enables you to understand the importance of history and culture to an organization. Emphasize the commonality between the two to communicate your fit at an institution.

Higher education heavily emphasizes student-centeredness while operating in a team environment. This leads me to think about my time as a sergeant in the U.S. Army, when I memorized the NCO Creed. One line is a particularly direct connection to what I do now in higher education: "My two basic responsibilities will always be uppermost in my mind-accomplishment of my mission and the welfare of my Soldiers." In every position that I have had in higher education, I was able to successfully relate those lines from the NCO Creed to my role in taking care of students and accomplishing the institutional mission.

Both military and higher education cultures are mission-driven. What do operations orders (OPORDs) and fragmentary orders (FRAGOs) have to do with adapting student services programming in the COVID-19 environment? Both require leaders enacting plans to understand the overall mission and align their activities with the stated mission of the organization.

Perhaps no topic in higher education is hotter right now than diversity. The military also happens to be one of the most diverse organizations in the U.S. Both tend to bring together college-age students from around the country; however, higher education goes a step further, randomly distributing them across units. As such, military members have already worked in an incredibly diverse environment where they have had the opportunity to experience the mixing of American sub-cultures and demographics in a way that no other experience can provide.

Though the stereotype exists that those who work in higher education are rich and lazy, that is rarely the case. Rather, higher education needs workers who are responsible, dependable, and willing to do more with less to get things done. What better preparation could there be for those criteria than military service? Indeed, the military indoctrinates many soft skills that higher education employers crave.

Higher Education Job Searching
Of course, job searching in higher education is not easy. You must translate your military experience into civilian terminology. There are often many qualified candidates for each open position. Beyond these general points of alignment mentioned here, you need to take note of the unique aspects of the institution, department, and position for which you are applying to tailor your application further.

However, current and former servicemembers can leverage the areas of connection between the military and higher education cultures to overcome most barriers--real or perceived--to a successful job search in academia.

Disclaimer: HigherEdJobs encourages free discourse and expression of issues while striving for accurate presentation to our audience. A guest opinion serves as an avenue to address and explore important topics, for authors to impart their expertise to our higher education audience and to challenge readers to consider points of view that could be outside of their comfort zone. The viewpoints, beliefs, or opinions expressed in the above piece are those of the author(s) and don't imply endorsement by HigherEdJobs.